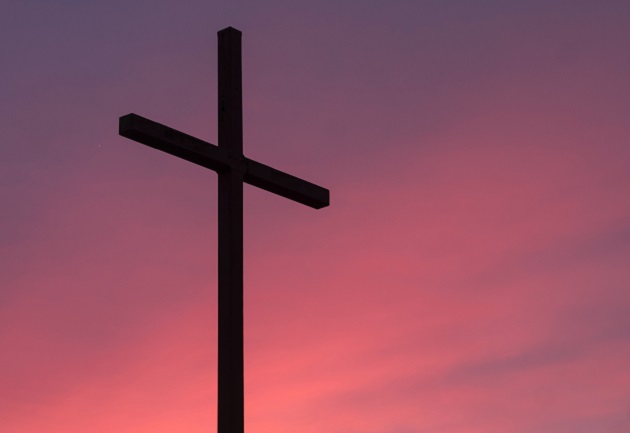 We all know what the Inscription, the Nails, the Crown of thorns, the broken legs, and the broken arms and legs of Jesus are, but how do we interpret these? There are seven “sayings” of Jesus that are traditionally attributed to him during his crucifixion. In this article, we’ll look at each of these symbols to understand the meaning behind each one. Listed below are some of the most popular ones.

The Inscription of Jesus on the cross was painted by the Italian artist Fra Angelico. This painting shows Jesus’ crucifixion and the inscription that was placed on a sign that was nailed above his head. It is a reminder of Fra Angelico’s lifelong fascination with the written word. He was interested in Greek, Latin, and Hebrew inscriptions, which show his interest in linguistic studies.

Pilate, the Roman governor, wrote the inscription on Jesus’ cross. This was an acrostic of the name of God (JHVH or YHWH). The inscription reads “Jesus of Nazareth, King of the Jews.” This enraged the Jewish leaders, who regarded him as a disgraced King. The Jewish people were outraged by this inscription, which was written in Greek and Hebrew.

Some experts believe the nails from the cross were recovered from the grave of the Jewish high priest Caiaphas, who sent Jesus to the cross. Other scholars disagree. They claim that the nails may not have been found in the grave but have been missing for centuries. An anthropologist from Tel Aviv has tracked them to the Caiaphas tomb. However, the Israel Antiquities Authority, which supervised the excavation, has cast doubt on this theory. Nails are found in burial sites often and could have been used for crucifixion.

Some Christians have venerated the relics of the Holy Nails, including Catholics and Eastern Orthodox. These nails have become a cherished part of Christian symbolism, art, and the Arma Christi. In recent years, these relics have been depicted in paintings and sculptures. But are they real? How can they be? Let’s explore the historical evidence to find out. And if these nails are indeed from the cross, why did they remain unidentified for so many years?

The crown of thorns on Jesus’ cross was a living plant, and it is believed that it was placed on Christ’s head. Its leaves, which appeared to be withering daily, miraculously regenerated to a green color by divine power. This legend has a strong religious resonance, and it is not a trivial issue. The crown is a poignant reminder of the suffering Jesus endured.

The crown was part of a larger curse that Adam and Eve suffered for their sin. Because of their sin, the ground grew thistles and thorns. These plants were used in the crown of thorns on Jesus’ cross by the Roman soldiers. It is not known if the crown belonged to the original curse, but it symbolized sin and death. Though the crown was no longer used on Jesus, the thorns remained a symbol of the emperor’s judgment.

The Jewish community had petitioned Pilate to have Jesus’ legs broken on the cross in order to remove the dead bodies. A soldier stabbed Jesus in the side, causing his leg to be broken and blood to gushe out. This is an example of the scourging that Jesus was subjected to. The soldiers also broke the legs of the first man crucified with Jesus. These events show that Jesus was crucified for the wrong reason.

The soldiers on the cross would often break the legs of criminals who were crucified alongside Jesus. They did this because it prevented them from breathing and made it easier to die. However, the soldiers did not break the legs of Jesus on the cross. It is unclear why they would have done this because he was already dead when they arrived. However, they did report that blood and water came out of his body. Blood and water refers to the fluid that surrounds the heart and lungs.

Whether you are a parent or not, you are likely familiar with Jesus’ somber journey on the cross. While there is no reason to feel sorry for Jesus, you can feel for His mother. Jesus cared for those who were near Him, including his mother, and His prayer for forgiveness was answered. In John 19:26, Jesus acknowledges the woman who is grieving. John may be there to provide emotional and financial support to aging parents, but Jesus’ words are also comfort to a grieving mother.

The suffering of Jesus on the cross is not unlike what a mother would feel during childbirth. His tears express the deep, gut-wrenching pain of giving life. And yet, his tears are also filled with love. This is the essence of the Christian emotional response to Jesus’ sufferings. The Cross symbolizes this love. And it is no wonder that the Christian soul is so moved by these tears. And yet, it’s not just the mother’s pain that is evoked.

We are told that Satan actively sought to distract Jesus from His Father’s path. While it is true that Jesus was suffering under the yoke of Satan’s temptations, it is equally true that he misapplied the truth of God in trying to tempt Jesus. But what do we do about this deception? Let’s take a look at some of Satan’s motives.

One of Satan’s chief activities is accusation. He slandered Job and tried to discredit God’s verdict. He even stood ready to accuse the high priest, Joshua, and the believers in general before God day and night. His aim was to destroy the promised line. Jesus was willing to take the curse of the law on himself. As a result, he did not deserve death.