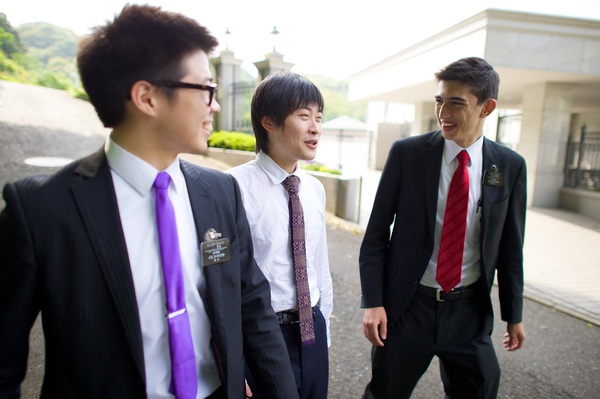 Are you curious about the beliefs and practices of The Church of Jesus Christ of Latter Day Saints? Do you wonder how The LDS Church views their public image? If so, this article will give you some insight into Them. Here are the most common misconceptions about the LDS Church:

The Latter-day Saints believe that the Savior of the world is Jesus Christ, the Son of God. As such, Christ is the center of their lives. Hence, they strive to live their lives according to the example of Christ. They also believe that salvation comes through faith in Him. Here are some frequently asked questions by the news media about the Church of Jesus Christ of Latter-day Saints:

The members of the Latter-day Saints believe that God has spoken to them in the form of revelation. These revelations are divine inspiration and guidance given to mankind. The word “revelation” is adapted for human languages and means a “discovering.” In the Bible, various types of revelation were described, from dramatic visions to feelings carried by the Spirit of God. For these reasons, the Latter-day Saints believe in a direct connection between the Spirit and God’s words.

Mormons believe that God gave mankind general salvation through his Son Jesus Christ, and that this is a precondition for salvation in the afterlife. They also believe that the atonement of Christ secures the immortality of virtually everyone. They hold to the belief that humans can become gods after death. The Mormon faith teaches that God created humans in His image and that they will return to heaven when they die. The Mormon Church is very strict about the rules and rituals that must be followed.

In their Articles of Faith, the Church rejects the concept of original sin and encourages people to make a conscious choice between good and evil. Mormons also believe that they can develop higher levels of knowledge and become like God. The church encourages members to serve and help others as well as to be kind to people. Their goals include serving others, educating children, and helping the elderly. These values have become central to the LDS Church.

The Church of Jesus Christ is governed by a council of apostles, which reflects Jesus’s organization in biblical times. The First Presidency consists of three apostles, including a president and two counselors. These three are designated as special witnesses of the Lord Jesus Christ. Church members accept each apostle in a prophetic role. Each apostle is credited with revelations and is considered an authority on the Gospel of Jesus Christ.

Latter-day Saints do not perform special rituals during death, but ‘endowed’ members of the Church should be dressed as per hospital protocol. Their bodies will be dressed by members of the Church prior to burial. Since they are ‘endowed,’ families must decide whether to have a body buried or cremated. While Latter-day Saints do not have specific burial customs, they do adhere to church ordinances, including baptism.

Mormonism’s public image has been hotly contested since the founding of the Church of Jesus Christ of Latter-day Saints by Joseph Smith. While the religion’s founder’s early visionary experiences may have led to the creation of the Mormon Church, the Mormon faith has long been insular. The Church has always encouraged women to view the home as sacred territory. However, recent media portrayals of the Mormon faith have led to questions about whether the church is fostering a culturally acceptable image of women.

The emergence of the mass-circulation press played a critical role in shaping public perceptions of the Latter-day Saints. A campaign led by journalist Reed Smoot portrayed Latter-day Saints as spiritually shallow and materialistic, a label that still haunts many of today’s LDS members. The campaign was a successful one, gaining thousands of followers and influencing public opinion toward Latter-day Saints.